on May 07, 2019
On April 25, 2019, I got the word that Johnny Welch, Jr. had passed away. He has been the biggest love of my life since 1986. We've had an on-again, off-again relationship for over 30 years and it breaks my heart that he's no longer in this life. I know he's much happier and better off in the arms of our Savior and I know without a doubt that I will see him again. But for now, I'm truly heartbroken and feel very empty. For some reason, I always had this feeling that I would attend his funeral and not the other way around, but I never expected it to be so soon.

Today, we celebrated his life at Lone Oak Baptist Church with family and friends and laid his ashes to rest next to "Big Johnny", his Dad. Even the sky was crying. It was so fitting to see a red truck hauling pipe go by just as we were leaving from the cemetery. Was that you saying a final goodbye??

It was a short 54-year stay here on Earth, but he did a lot of living. While some of it was a bit rough, he had 2 children that he dearly loved, a great family and friends that loved him. 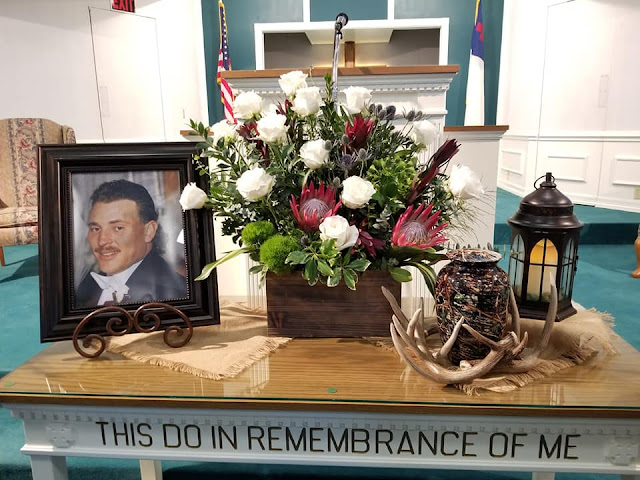 Johnny had a big heart, beautiful green eyes and dimples that didn't quit. Unfortunately, that heart failed him and he fell asleep peacefully in this life and woke up in the next. Shouldn't we all be so lucky? He was handy and could fix anything on wheels, with electricity or around the house and always impressed me with his skills and knowledge. He will be sorely missed and it'll be terribly difficult not to expect him to show up at my door again or flash that smile when I see him at various functions where he would normally be in attendance.

Johnny loved his trucks and he was a good driver. I'm glad that one of the photos I took many years ago was one of his prized possessions and he had it with him until the end. I don't think I'll ever forget the trip I got to take with him across several states right after taking this photograph and truly seeing him in his element. In his version of Heaven, I'm sure there's a truck in it. 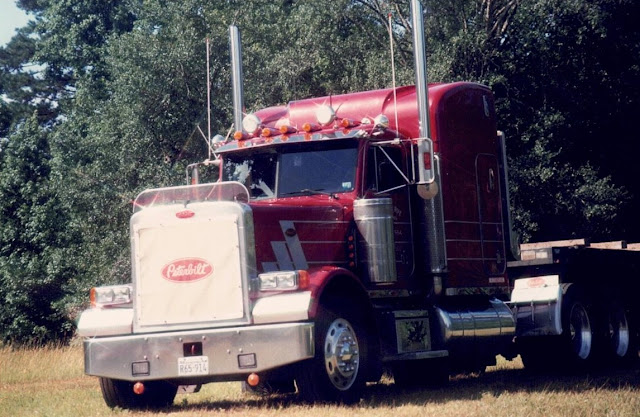 Until we meet again...much love as always. 😘 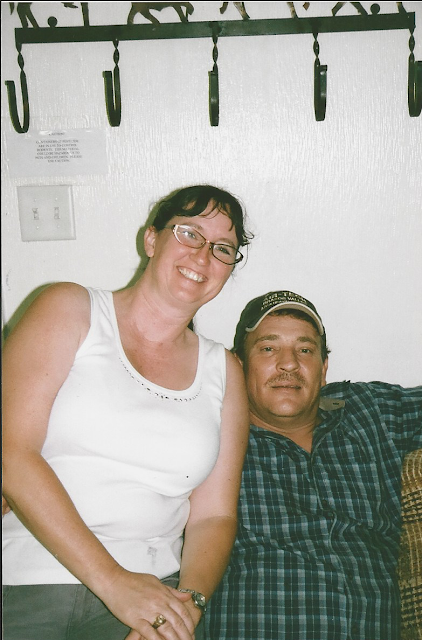