Behind The Western Steakhouse & Dancehall 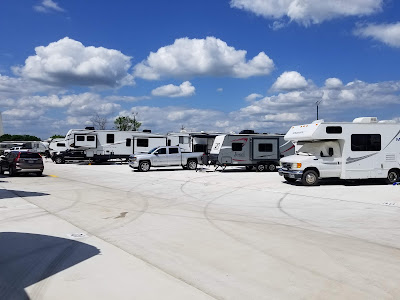 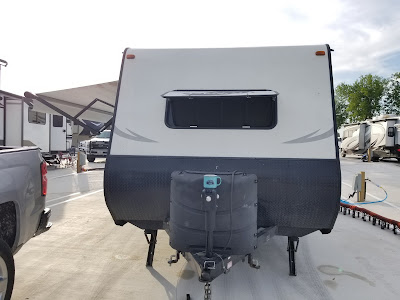 Had a great time with a bunch of my campin' & dancin' crew. The bands were awesome! Friday night was Rocky King and Jeff Woolsey. Saturday was The Can't Hardly Playboyz and Jody Nix. FOUR fiddles playing at once. OMG! It was Heaven! I love the bands that play the good old honky tonk music like Johnny Bush that you can dance to. 2-Step, Waltz, Polka, Jitterbug...they played it all. And no line dances, yay! 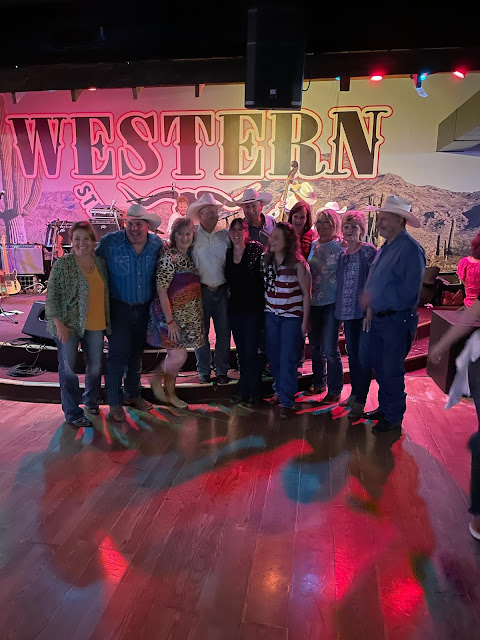 Part of our group with Jeff Woolsey on Friday night
It was definitely handy having a place to stay for the weekend. We thought we would have gotten rain, but it held off until we were leaving. If it had though, it would have been okay with all the concrete. In July and August, it's going to be HOT out there though! We had six RV's in our bunch, plus others in another group from home.
I'm glad some of us had tables and the Blackstone so we could cook our big brunch. We did brunch at the sites, but we ate supper in the Steakhouse & Dancehall both nights. They have really good food! Be aware...if you do the fried mushrooms, give them a chance to cool. They will come hot off the grease! 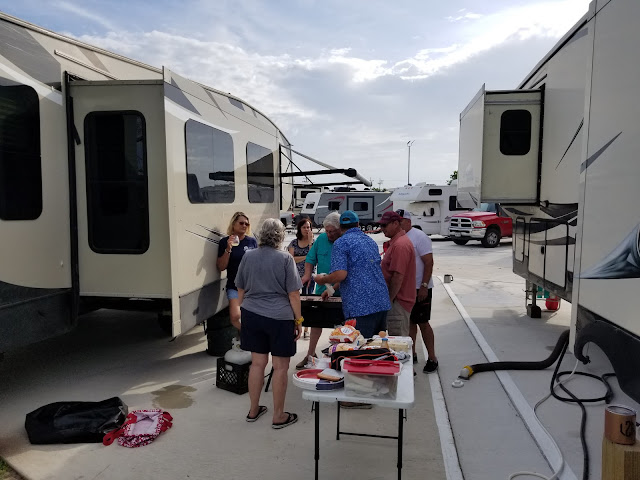