I was fortunate enough to be able to attend the IAAP Summit in Austin, Texas this year. The event this year was close enough for me to drive to it and I was able to hook up with a few local friends outside of the conference, which was nice as well. As always, the last few days were filled with inspiration, motivation and a wealth of knowledge...and a few million bats. 🦇

For those of us with the premium package, the conference began on Saturday and I selected the sessions by Vickie Sokol Evans, MCT and owner of Redcape Company. I have been attending her sessions, boot camps and webinars for several years now and I always learn something. She's my main inspiration for me attempting to get the MCT for myself. I'm glad I was able to go throughout the room and assist with some of the hands-on parts of her sessions as needed since the classrooms are rather large. I enjoy being able to teach others, even in a tiny capacity. 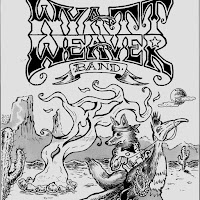 🎸 Later that night, I was able to get down to Kyle to The Railhouse to see a local band play and also catch up with an old co-worker that lives nearby. My friend, Ray, is a great guitar player/singer and even played for the opening band. Check out the Wyatt Weaver Band in person if you're around the south Austin area or catch them on Spotify.

🌎 The main part of the conference commenced on Sunday with the opening session which began with the parade of nations. 48 countries were represented by around 1200 attendees this year. It was truly a world-class event. The keynote speaker was Colette Carlson. Over the next couple of days, I attended several sessions and learned a LOT. Now, if my brain can just contain it all. If not, there's always my notes in #OneNote.

🎙 Ed Talks were 10-minute mini-messages from multiple presenters. Vickie Sokol Evans spoke on digital etiquette, Bonnie Low-Kramen explained how women can shut off the default behaviors. Sandy Geroux talked about our emotional log and Tom Vorves ended the talk with ways to automate our everyday tasks. 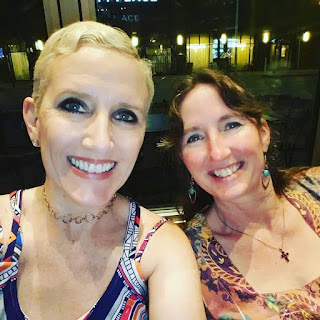 I got to learn from the following speakers over the course of the Summit: Madelyn Mackie, Tom Vorves, Lucy Brazier, Al-Husein Madhany, Melissa Esquibel, Sandy Geroux, Peggy Vasquez, Veronica Cochran and Neil Malek. Such a wealth of knowledge in one location! I've already been implementing several of the take-aways at my office. 📚

MANY thanks to Vickie for inviting me to dinner on Sunday night with most of these speakers. It was a special treat and I felt like I was dining with royalty. Mexican food and good conversation is hard to beat. 🌮

🍮 The networking lunch and closing celebration meals were high-class. We closed out the event with a grand celebration and lots of dancing. 💃 Summit is always a good place to catch up with old friends and meet some new ones. I enjoyed seeing my Austin peeps again. It was good to see Wildali Perez from Puerto Rico again this year (especially after the hurricane) and to meet and Diana Brandl from Germany. Fun times, ladies!

📸 See some more of my photos from the week at https://photos.app.goo.gl/VQEnvpxKq1p1Qtma6

🙇 The morning after the Summit, I went by Tactix of Austin to take another Microsoft Office Specialist exam. I took the PowerPoint 2016 exam and passed it. It was the 3rd of 4 exams that I need for the MOS Master level in 2016. After all the info at the conference and the stress of exams, I was ready to get home and take a nap.

Next year, the Summit will be held at the Gaylord in National Harbor, MD.