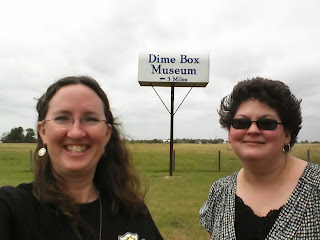 We had our IAAP Texas-Louisiana Division Annual Meeting and Conference this past weekend at the Renaissance Austin Hotel at the Arboretum. This year’s conference was put on by the Capital Chapter and it was awesome!  Another friend of mine rode with me, so it was a mini road trip. We got to the hotel and checked in on Thursday afternoon. After we were settled, we checked into the conference and got our welcome packets and goodie bags. 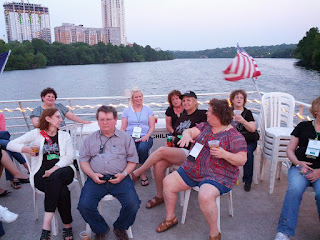 A little later, some of us met in the lobby to head out for our Bat Tour and Dinner Cruise.  We rode a charter bus down to Lady Bird Lake and we boarded the double-decker boat. The bottom deck was enclosed and air-conditioned. We sat down there and enjoyed a nice fajita dinner with our Capital Chapter peeps.

Then we headed to the open upper deck to enjoy the ride down the river and the return trip to the Congress Street bridge to await the departure of almost 750,000 Mexican Free-tail Bats. This is a maternity colony so these are all females who are about to have pups. At that time, there will be over 1 million bats under this bridge.  That’s a LOT of skeeter-eaters! 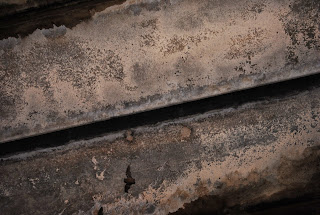 As we neared the bridge, you could hear the chatter from  the bats as they prepared to head out on their night’s excursion.  A little after 8:30, thousands of tiny winged mammals started swirling off the bridge and down the river.  Most of them followed right on the edge of the tree line so as not to be so easily detected by predators and to hide from their prey.  Being so dark, it was hard to film them, but it was an awesome spectacle of nature. Our tour guide told us many facts about them. Did you know bats could swim? We found that out when someone asked what happens if they fall in the water.

Friday was a full day of seminars. There were two different sessions at each time slot and I chose to go to the technical seminars (big shock, huh?). We started off with Show Me The Money! Timesaving (and Jaw-Dropping) Productivity Tips Using Windows and Office by Vickie Sokol Evans. She was as entertaining as she was informative.  It was great!  Even as a Master Microsoft Office Specialist, I still learned a few things and had a hunger for more.  I purchased her “Boot Camp” and am looking forward to the upcoming sessions.  She also conducted our second session called Which Cloud Should You Work In?  She covered Google Drive, DropBox and SkyDrive.  I’m familiar with the first two, but this was still an interesting session.

Vickie Sokol Evans, a former assistant turned instructor, empowers audiences to make the most of technology. She is the author of the Tips in Minutes series for PC/Mac and is a Microsoft Certified Trainer and a Microsoft Office Master Instructor with 15 years of classroom training experience. Her passion is empowering business users, including admins and executives, to make the most of technology. Having studied improv comedy in New York, Dallas, and Austin, there’s a very good chance you will both laugh and cry during one of her sessions.  She  is the founder and President of RedCape, a highly-regarded technology training company focused on real world technology skills needed for small businesses, executives and their assistants, as well as any business user who wants to maximize the technology at their fingertips.

At lunch, we got our Member of Excellence and other awards. Those that passed their CAP and/or CAP-OM exams were honored as well.

The afternoon session kicked off with Chad Goodwin from Best Buy. They had several tech gadgets and tablets to explain and pass around the room for us to see.  I THINK they got them all back. That was a risky thing for them to do since most of us are gadget-a-holics!

Best Buy for Business is a division of Best Buy focused on providing business professionals with customized technology product and service solutions, personal assistance from Account Managers who are trained to address the needs of all types of businesses, and specialized technology set-up and installation services for mobile, computing, and home theater products. 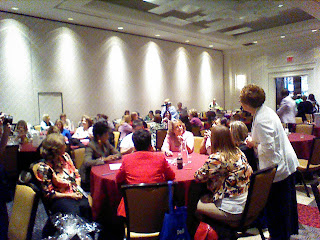 Saturday morning's speakers were a couple of guys from Amy's Ice Cream, Aaron Clay and Mark Banks. What do they have to do with an Administrative Professional seminar?  Surprisingly, lots!  It's not just flipping ice cream, although they are quite famous for that. Their open book management style all the way to their passion for empowering young people.

Amy Simmons founded the super premium retail ice cream company Amy’s Ice Creams in 1984 by focusing on a winning concept based on employee education, exemplary service, and award-winning product quality. Amy’s currently has 15 stores in Austin, Houston, and San Antonio with annual sales of $7 million. The Amy’s team has been profiled for their unique creativity, product, culture, and zest by such prestigious sources as The Wall Street Journal, Inc., People, Forbes, Food & Wine, The Al Roker Show, Giada, The View, The Today Show, Fast Company, Newsweek, and many others. Amy Simmons earned a degree in Biology and Psychology from Tufts University in 1982. She also earned a Masters in Business Administration in 1992 from the University of Texas in Austin. Amy’s passion is “The American Dream” that anyone in this country has the opportunity to make their own success. The team at Amy’s Ice Creams has embraced “The Great Game of Business” as a context to introduce and immerse future entrepreneurs in a living case-study style of business education. 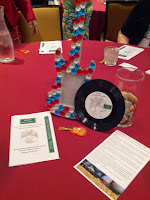 Next up was the business meeting and the DMOTY (Division Member of the Year) luncheon.  Our very own Tammy Prater was one of the finalists. The B-CS Chapter was really pulling for her and we're proud she made it this far. She has done excellent things for our chapter and others as well as she is our Certification Chair. Gig 'em Tammy! Congratulations to Jessica Crabtree from the Capital Chapter for being the winner for the 2012-2013 year. 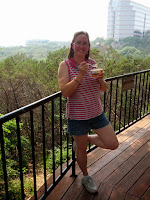 The afternoon was pretty much open since the Business session did not have to reconvene. So, where did we go?  Shopping and to Amy's Ice Cream (it was walking distance from the hotel). Saturday night was the banquet and then a dance with the Whitestone Band who kept us hopping to 80's music. Whoo hoo!

Our Sunday speaker was Mac McGuire speaking on Leadership. We laughed, we cried and everything in  between. He was excellent.

Dr. Mac McGuire has over 30 years of service in the United States Army where he began as a Private and worked his way through the ranks where he retired as a Lieutenant Colonel. He was responsible for the implementation of quality initiatives for over 20,000 personnel in 117 Texas communities. Mac is a highly energetic and positive motivational speaker. He is adept with any group and brings sound advice and a common sense approach to any problem. He possesses great people skills and is a consensus builder as well as a team builder. Dr. McGuire is also an Adjunct Professor at the University of Mary Hardin Baylor in Temple in the MBA Program where he teaches leadership, strategic planning, and change management. He also teaches for the Professional Development Center at the University of Texas and often serves as a guest lecturer in the areas of leadership, strategic planning, and organizational improvements at the University of Texas.

After that, we all loaded up and headed home.  I think this is probably the best T-L Division meeting that I've attended so far. Kudos, Capital Chapter!

Other pictures can be found on Google+.